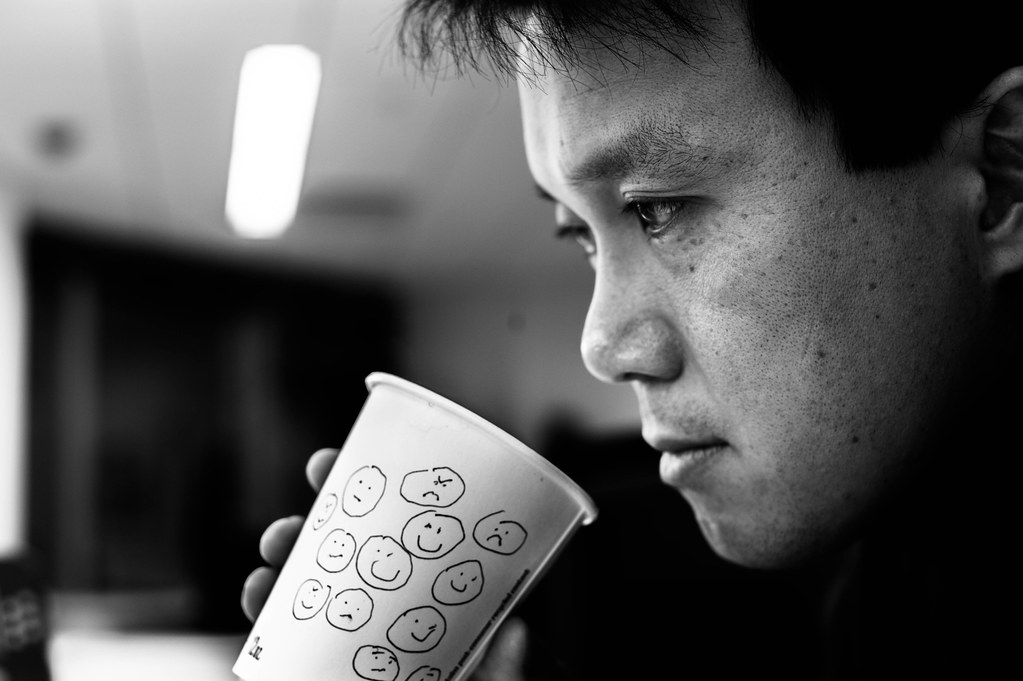 One of the most frequent questions I get at www.loveawake.com  where I work as blog writer is: how do I know if he likes me? Loveawake have dedicated countless monkey hours and killed numerous blacktext trees tackling this issue. The biggest indicator that man likes you is time-spent. This is documented. I think the Library of Congress just added this along with sliced bread as the two best indicators of life on Mars.

If that last sentence made any sense, you need to stop smoking weed.

Anyway, while time is definitely the main indicator, there's another way to really tell. It's what happens during that time-spent. And ladies, its really quite simple: a guy who really likes you will go into cornball mode. He'll become really sweet and say all the things you want to hear and will cringe while saying them. And you'll see it in his face, he'll speak slower and more deliberately. Hell, he might have to look away from you when he says things,which will be mostly because he's tripping over himself.

It's happened to every guy.

(Keep in mind, this is all during the courting stage. Once you all knock boots it all goes out the window and he becomes "the guy you hope can become the guy he was". Make sense? No? Good.)

He'll look at you and say, "I really like you hair. Not that I was noticing it but it was windy and the wind blew your hair my way so I couldn't NOT notice it. It's not like I stare at you. Gosh, is it hot in here? No, we're in a freezer? *CENSORED* Point is, your hair...that I didn't notice...is nice. Or cool. I think my mother just called me. I've got to go."

Extreme? Yes. Impossible? Not at all.

Now you have to weight this depending on the guys general level of cool. For instance, say you're dating the coolest cat in school. He's not going to be prone to moments where he lacks full confidence. But maybe he decides to get you a card. And writes something nice in it. And hesitates when he gives it to you. Got him.

Or maybe he wants to just drop some flowers off with you. Why? Um...because...you're hot? Got him. When men can't directly answer questions, we're goners. Interesting because we mostly don't understand why we're doing these things either. We're winging it.

Ladies, enjoy it. The period when a guy is being corny and writing you texts about nothing and getting you a card because you breathed - which you will hopefully do anyway - is the point where you can absolutely be sure a guy likes you.

This isn't to say that every guy will be a total cornball and do sweet things, etc. But if a guy is really, really into you, there's a good chance he's going to attempt to step outside of his comfort zone and be...well, nice and sweet. And a cornball. But the kind you want.

This is how Helen of Troy got the drop on mankind and we haven't been right since.