Lucia Mandela: Live Out Your Whacky John Oliver Fantasies With This New App

Live Out Your Whacky John Oliver Fantasies With This New App

John Oliver is an ace late night tv host who has made a special place in people’s hearts. And rightfully so, his cunningly socially conscious comedy gives people a closer look at what the future of comedy will be like. Comedians can never be politically correct, but they can be socially appropriate. 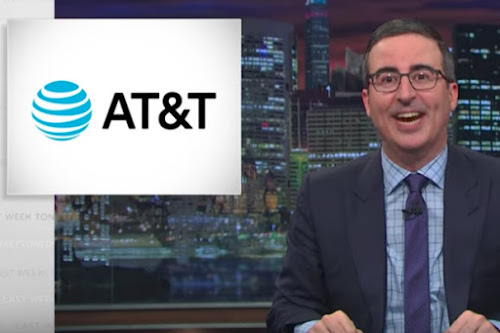 Talking of socially appropriate things, a new app lets you add Saturday Night Live style slide right into your background during video calls. You feel just like a late-night talk show host giving his daily monologue and telling jokes. Placed just over your shoulder, the app changes your image into a hologram.

Video calling tools have never been so in-demand

The COVID-19 pandemic blasted off video conferencing all over the globe. With so much demand and interest in the platform, Silicon Valley is jumping on the opportunity to provide people with newer quirks to play with. Phil Libin, ex-CEO of Evernote, the note-taking app, announced a new application called Mmhmm. The venture has already raised $4.5million in funding from Sequoia Capital.

The product isn’t a video calling tool by itself. But it works as a third-party addition on popular video calling platforms such as Zoom, Google Meet, and even YouTube. Zoom already features a similar tool to change the background. Mmhmm goes a step or two further.

The unconventional name Mmhmm is explained as ‘a name you can speak while eating’ by Phil Libin. In a video launch yesterday, he talked about the new upcoming app and how it’ll allow you to “live out your vicarious John Oliver fantasies”.

Users can change the background, add their images, or even images ported from Instagram behind them. You can shrink yourself and put up slides over your shoulders; thus, your amused audience can see both the person and the screens. It also offers users an option to convert their pictures into a hologram and display it wherever as points on the screen that they can point to.

You can even insert a video in your background, or animate it all. Screen-sharing is available through Apple’s Airplay, although it is not currently clear if it’ll also be possible through Bluetooth. The announcement also added that this wasn’t an attempt to change the way people video chat, but only add more pizzazz to it. The company is working on a feature called Dynamic Decks soon. It’ll be similar to Powerpoint slide, but more 2020 version of the tech.

The app is in its initial phase right now, invite-only beta stage. Let’s hope more exciting features are produced like this uncertain future.