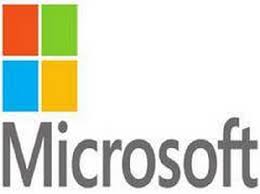 Microsoft has introduced a new “Reply-All Storm Protection” feature to prevent the email storms. This “Reply Allpocalypse” occurs when an email is sent to a large distribution list, and people start the endless chain of reply-all email threads. It can become a severe business disruption that ends up throttling or crashing the mail servers of the company for hours. With this new feature, Microsoft has fixed this problem for large organizations that have been a victim of this issue for years.

Back in 2019 at the Microsoft Ignite, the exchange team had announced that they would introduce a protection feature against the reply-all email storms to reduce its impact. This week, the feature rolled out in Office 365 worldwide.

This new block feature will detect the emails with 10 reply-all sequences to more than 5000 recipients within a span of 60 minutes. As the feature gets triggered, the Exchange Online will block all subsequent replies to the email thread for the next four hours thereby, allowing sufficient time to the servers to prioritize the genuine emails and shut down the reply-all storm. Microsoft itself has suffered from the email storm problems plenty of times, and hence they decided to test the first version of this feature on its network. It came out as a winner after successfully reducing the impact of reply-all email storms within Microsoft.

In a recent blog post, the Microsoft Exchange team has revealed that they are considering to bring future enhancements to the feature as per customer feedback, to improve the detection accuracy and block durations. They have also planned to introduce new features such as add control for exchange admins and provide real-time notifications and ongoing reply-all storm reports to the companies. Furthermore, they added that after a while, they are expecting to tweak, improvise and fine-tune the feature on the basis of consumption telemetry and customer feedback in order to make it even more valuable to a wider range of Office 365 customers.

This feature will immensely benefit large organizations with an extensive distribution list. As incidents like this happen now and then. Recently, Microsoft had suffered this issue in 2019 and March 2020 when more than 50,000 employees were stuck in a reply-all email storm. It generated a massive amount of traffic and ended up clogging the company’s internal communications for hours. Hence, Microsoft fixed this problem by releasing this new feature for the Officer 365 customers to help them stop this reply-all email storms.

The Exchange team said that regardless of which company people work for, humans will still act like humans. They are already noticing the initial version successfully minimizing the effects within the premise of Microsoft.

Daisy Martin  is an avid technical blogger, a magazine contributor, a publisher of guides at mcafee.com/activate and a professional cyber security analyst. Through her writing, she aims to educate people about the dangers and threats lurking in the digital world.